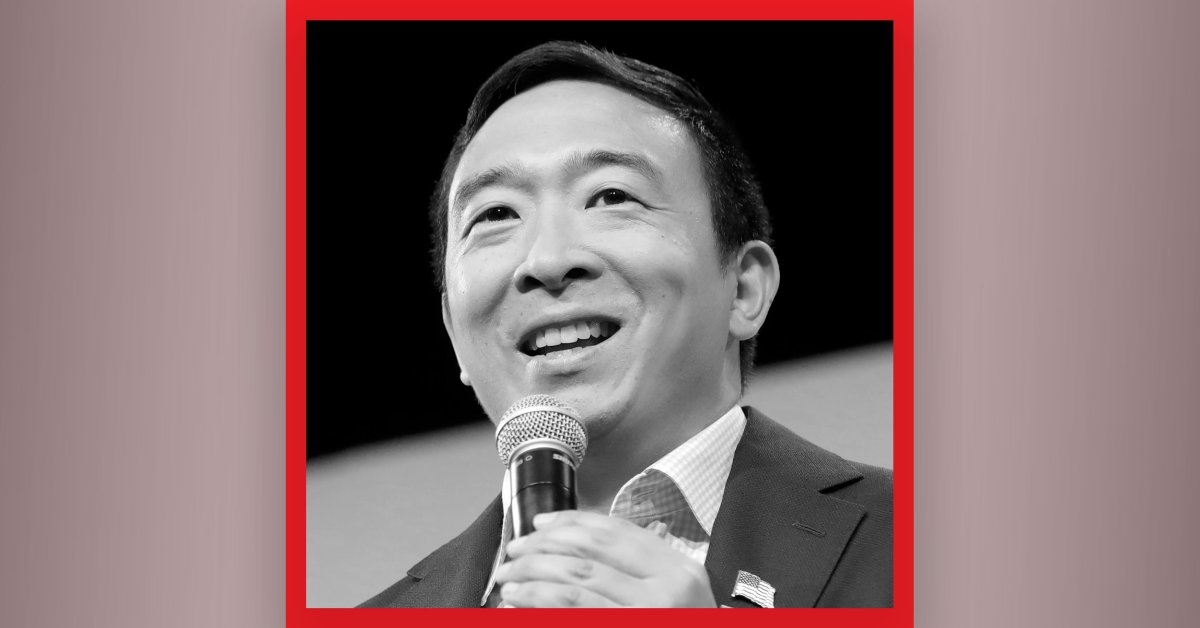 In 2017, Andrew Yang was considered a long-shot presidential candidate, most well-known for founding Venture For America: a successful nonprofit that partners recent college graduates with jobs at startups in mid-sized cities. But by January 2020, Yang’s presidential bid had outlasted those of several members of the United States House of Representatives, a few governors and multiple U.S. Senators.

Yang ultimately suspended his campaign in February 2020. But during a TIME 100 Talks discussion on Monday with Lissandra Villa, Yang indicated he hasn’t totally given up on the idea of being part of the next administration—albeit in a different capacity.

When asked what type of jobs he’d consider in the future, Yang said he preferred those that gave him greater authority to lead. “I’m naturally attracted more to executive-type roles. I’ve been a CEO, and I like to get things done,” he said. “That would be mayor, Governor and President, obviously, which I ran for and came up short. But those are the kinds of roles I’m naturally attracted to. There could be cabinet roles that also resemble that, in that I’m very passionate about the fact that we need to get our federal government caught up to technology issues, where they’re decades behind the curve.”

Pressed on whether he’d previously had conversations about a technology-focused cabinet role under presumptive Democratic nominee Joe Biden, Yang implied he had. “We’ve had general conversations about the fact that Joe would like me to play a role and be helpful, yes,” he said in a TIME100 Talks interview. “I’m driven to help Joe win. And I think that we’re going to need all hands on deck to help clean up the historic crises that were in the midst of.”

Perhaps the greatest factor in Yang’s meteoric rise—from nonprofit leader, to long-lasting presidential candidate, to potential cabinet contender—was his plea to offer every American over age 18 a universal basic income of $1,000 per month.

Amid the pandemic-induced recession, Yang says measures like his so-called Freedom Dividend are imperative—and need to happen before we begin to meaningfully discuss reparation payments for the ancestors of slaves. “This country was built on the backs of slaves, and we owe them a massive debt. And I’m for HR-40, the bill that explores what reparations would look like,” he said. “[But] there is an intermediate step where we need to reshape our economy so that it’s working for all of us. And then we should move directly towards considering and winning reparations.”

Yang added that he supports Congress allocating $2,000 in monthly payments to adults for the duration of the pandemic. “To me, that’s where we need to focus because the [additional] unemployment benefits are going to expire at the end of July. The moratoriums on evictions from millions of apartments are going to end in August,” he said. “We’re going to see millions of Americans out on the street in desperate circumstances in the next number of days and weeks unless we take dramatic action right now.”

But economic hardship is certainly not America’s only ongoing crisis. As the COVID-19 pandemic’s U.S. death toll climbs toward 130,000, and swaths of people line the streets around the country in protest of police brutality, Yang says unity would be bring us one step closer to remedies.

“I believe that millions of Americans want us to come together. It’s one reason why I believe Joe is going to soundly defeat Trump in November and that Joe will be our next president,” he said. “Because we want to come together as a people—we want to begin healing. And we all know that Trump’s racially divisive rhetoric has been part of the problem, not the solution.”

Yang did not specify if he meant Americans should “come together” over Zoom.

—With reporting by Lissandra Villa in Washington

This article is part of #TIME100Talks: Finding Hope, a special series featuring leaders across different fields encouraging action toward a better world. Want more? Sign up for access to more virtual events, including live conversations with influential newsmakers.

Get our Politics Newsletter. Sign up to receive the day’s most important political stories from Washington and beyond. Please enter a valid email address. Sign Up Now Check the box if you do not wish to receive promotional offers via email from TIME. You can unsubscribe at any time. By signing up you are agreeing to our Terms of Use and Privacy Policy Thank you! For your security, we’ve sent a confirmation email to the address you entered. Click the link to confirm your subscription and begin receiving our newsletters. If you don’t get the confirmation within 10 minutes, please check your spam folder. www.vogue.co.uk: Searching For A New Netflix Binge? That Would Be ‘Bling Empire’

www.inquisitr.com: Iskra Lawrence Flaunts Her Curves In Floral Swimsuit On Instagram As She Enjoys Miami Beach www.washingtonpost.com: A more diverse Boston prepares for a true changing of the guard

Race in America, Social Justice
Read Full Article Here: https://sanfrancisco.cbslocal.com/2021/03/01/facebook-leader-calls-for-silicon-valley-public-to-confront-asian-hate-crimes/ “My grandfather was the victim of a hate crime in the Outer Richmond of San
Read More