Andrew Yang, the former Democratic presidential candidate, said he’s been an MMA fan “for years, maybe even decades.” He said he held his bachelor party at an Ultimate Fighter Finale in Las Vegas.

But Yang said the UFC is exploiting its fighters and said they should be making three or four times what they currently earn.

Yang, who supported Jorge Masvidal publicly on Twitter and said fighters should be classified as employees instead of independent contractors, said the UFC also made it difficult for fighters to organize and form a union.

“The best estimates out there are [fighters] getting 15 to 16 percent of the sport’s revenues, which would be three to four times lower than the athletes get paid in other major sports,” Yang told Yahoo Sports. “Most of the major sports have athletes getting about 50 percent. It is objectively the case that mixed martial arts fighters are getting exploited to the tune of getting paid much, much less than they’re worth and much, much less than they’re generating.

“They should be getting three to four times more based on what they’re generating and I think it’s impossible to argue with that. I would enjoy [parent company] WME and UFC disclosing everything that fighters are making because you’d find that it’s a very small fraction of what athletes in major sports are getting paid.”

Both Jon Jones and Masvidal are looking to renegotiate their deals after completing just one fight of new eight-bout deals they’d recently signed. Yang said such long deals routinely work against the fighters by limiting their bargaining power.

The majority of the major fighters compete twice a year, so an eight-fight deal effectively keeps the fighter tied to the UFC for four years. Yang said much changes in that period of time. The fighters would benefit from shorter deals, he said.

He drew a comparison with the NBA if there were no players association.

“To fight once, you have to sign these multi-fight deals. There’s no real bargaining power on the part of the fighter. The fighters, many of them have to fight or starve in many cases. So that’s not a true negotiation.”

Yang, a populist whose platform during his run for the Democratic presidential nomination advocated for the government to pay Americans $1,000 a month in what he called “Universal Basic Income,” also accused the UFC of making it difficult for the fighters to organize.

He said it’s not just the UFC who is looking to benefit from a fighter’s popularity. He insisted he’s not against promoters making a profit, but said he opposes fighters being exploited by being paid a fraction of the overall revenues.

Several attempts to start fighters’ unions have failed, and Yang was asked if it wasn’t the fault of the fighters for not finding common ground and coming together.

“That would be a more legitimate argument if the UFC did not systematically quash any attempt to organize,” Yang said. “I am sure the fighters have noticed, anyone who breathes the words union or association either gets fired or gets released. You do notice that. Leslie Smith got fired when her opponent missed weight. You notice that Kajan Johnson gets sent to Daegestan or wherever the hell [actually Moscow] to fight whoever and then gets released as soon as possible.

“If you’re a fighter, you are looking up and saying, ‘Well, if I make any kind of a stink about this, I, too, will be fired and I can say goodbye to a career that I’ve been training for for years.’ It’s one reason why the only thing you do see is star fighters holding out at the high end because the lower-end fighters have zero clout, zero bargaining power and zero ability to organize.”

Smith was paid her show and win money on April 20, 2018, and was not re-signed after her opponent, Aspen Ladd, missed weight. Smith, who was attempting to form a fighter’s association, was 3-1 in her last four UFC fights at the time she was let go.

Johnson, an outspoken union advocate, was cut after back-to-back losses. He had won four in a row in the UFC prior to those defeats.

Yang said all news is not bad for fighters who may want to improve their situations. He said they finally have some leverage, which has to do with the UFC’s TV deal with ESPN.

“That deal is worth hundreds of millions a year and you’re seeing the UFC desperate to put on these fights. There’s no live gate; they’re doing it to fulfill their contract. If you run the numbers, if you’re getting paid hundreds of millions of dollars a year to fulfill their broadcast contract, then you’re looking at millions of dollars for each event. So if you’re a fighter fighting in this empty arena or on an island with no audience, the amount of leverage the fighters have is unprecedented.” 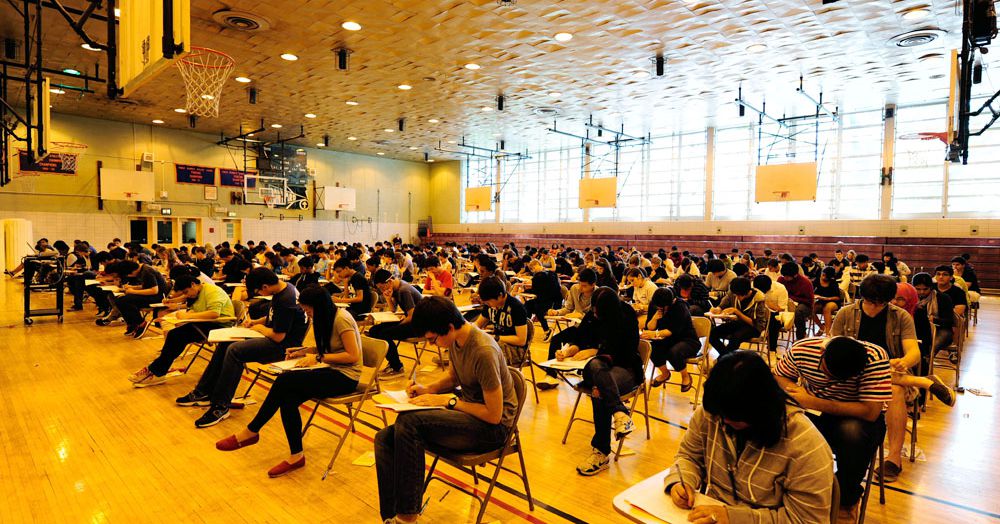 ny.chalkbeat.org: NYC is offering the SHSAT during school hours to boost diversity, but it’s mostly benefitting white and Asian students

www.yahoo.com: As A POC, I Thought I Couldn’t Possibly Be Racist (And I Was Wrong) brooklyneagle.com: What would happen if high-stakes exam was eliminated for NYC specialized high schools?

www.aljazeera.com: Timeline of events in Myanmar since February 1 coup

Al Jazeera
Read Full Article Here: https://www.aljazeera.com/news/2021/2/23/timeline-of-events-in-myanmar-since-february-1-coup Here is a timeline of events since the coup. The NLD publishes a statement on
Read More