The camera panned over to Andrew Yang, the former presidential candidate and new CNN commentator, who looked like he was trying really hard to suppress an “I told you so.”

“What did you say about Mitt Romney?” Lemon asked.

“That he has joined the Yang Gang!” said Yang, referring to the loving nickname his supporters have given themselves. “We’re getting a lot of new members. Certainly, under the worst circumstances anyone can imagine.”

Before suspending his campaign in February on the night of the New Hampshire primary, Yang had talked about universal basic income — his proposal to give a “freedom dividend” of $1,000 a month to every American, in perpetuity — so much that he’d been accused of being a single-issue candidate. His supporters had been called greedy nihilists who cared about nothing but getting a check.

Now, lawmakers are talking about giving Americans a very UBI-sounding cash infusion. The White House has proposed a $1 trillion rescue package, half of which would be direct cash payments to Americans.

And Yang, one of the most unlikely candidates of the 2020 Democratic race, has emerged as a surprising, enduring political force whom Politico referred to as looking “prophetical.” The 45-year-old Taiwanese American who began his campaign as an outsider’s outsider touched a nerve that’s given his candidacy an unexpected afterlife.

He traveled to Iowa and other early states talking about robots and how we’re fighting the “fourth industrial revolution” of technology and automation that’s taking away American jobs. He made it into several Democratic primary debates and preached about how unprepared the country was for a catastrophe in an economy where so many of the new jobs were temporary gigs without steady salaries or union protections.

But he couldn’t have predicted the moment he now finds himself in: “I certainly did not anticipate dropping out in February and then having universal basic income passed in March,” Yang says with a guffaw by phone from New Paltz, N.Y., where he is social distancing with his wife, Evelyn, and their two young boys. He and his team, he says, have been in touch with the White House to help with implementation.

Lawmakers haven’t been calling their rescue plan a temporary UBI, but Yang considers it to be that and thinks Americans may advocate for the payments to continue even once the current crisis is abated.

There is, of course, the inevitable question of how to pay for it, but Yang says, “It’s like if your house is on fire, you’re not worried about the cost of the hose. You just spray the house and you hope to try and save it.”

He’s called for giving $1,000 a month to every adult and $500 to every child. Recently, he went on Charlamagne tha God’s radio show, “The Breakfast Club,” and announced that his new nonprofit, Humanity Forward, would be giving out $1 million to 500 poor, working families in the Bronx by the end of March — far sooner than the projected timeline for government aid. Then, two hours later, he said the group had raised enough to double the number of households helped. They’re also planning to give money to tipped workers and $250-to-$500 microgrants to people who fill out a form on the Humanity Forward website and give a compelling reason they need it.

During the election, the hashtag #YangMediaBlackout often trended, with his supporters accusing the mainstream media of ignoring their candidate. More than a few times, photos of a different Asian guy, like one named Geoff Yang, showed up in candidate lineups on news networks. Last week, Yang was on a media tear; it’s hard to find a news outlet that hasn’t interviewed him yet.

UBI isn’t Yang’s idea; he’s quick to credit Martin Luther King Jr., who floated it as a radical means of eradicating poverty. But Yang’s presidential campaign injected it into the mainstream.

Last week, support for UBI turned into an avalanche. Treasury Secretary Steven Mnuchin held a news conference with President Trump and suggested checks could come within the next two weeks: “Americans need cash now, and the president wants to give cash now.”

Sen. Bernie Sanders, after losing the Democratic presidential primaries in Arizona, Florida and Illinois, called for giving every household $2,000 “every month for the duration of the crisis to provide them with the assistance they need to pay their bills and take care of their families.” (Former vice president Joe Biden said in the last debate that American workers “should be made whole” but hasn’t been explicit about how.)

A few Senate Republicans have joined Romney’s bill, although the Utah Republican’s spokeswoman, Liz Johnson, said the precedent for it was the $300-to-$600 one-time Bush tax rebate in 2001 “versus Andrew Yang, who has been very eager to take credit for it.” Johnson stressed, “This is not a broader UBI program.” (As he urged “members to pass a relief package as quickly as possible” Sunday night, Romney’s office announced that he would self-quarantine because he had spent time near Sen. Rand Paul [R-Ky.], who has tested positive for covid-19.)

Senate Democrats Cory Booker, Michael F. Bennet and Sherrod Brown have proposed even more aggressive payouts. The idea has also gained traction among House Democrats, including from Tulsi Gabbard, who introduced a resolution on the matter before she suspended her presidential campaign.

Yang’s name and his role in popularizing the concept of giving out no-strings-attached money has not come up much on Capitol Hill.

But his name didn’t need to come out of anyone’s mouth for credit to be given. Within minutes of Mnuchin ending his news conference, the hashtag #YangWasRight began trending on Twitter.

Yang is still on the ballot in almost all remaining Democratic primaries, so members of the Yang Gang have been happily posting pictures of their ballots with the circle next to his name filled in. He’s been out of the race for nearly six weeks, but they gather on Reddit and Discord, a texting app for the gaming community.

And in this coronavirus age when most everyone has to work remotely, the very online Yang Gang is amplified. They make Yang a recurring trending topic on Twitter and signal their Yang Gang affiliation by adding a blue hat emoji to their handles, meant to symbolize the MATH (Make America Think Harder) hats that were his campaign’s most ubiquitous merch.

“I will never love another candidate in this way,” says Yang’s friend Zach Graumann, who quit his job in banking to manage Yang’s campaign and is still working with him to make UBI a reality. “I believe very strongly that if Andrew Yang was president, it would fundamentally change the trajectory of the United States, and anyone who looks into his policies would agree with that.”

Among Yang’s supporters were Tesla’s Elon Musk, Twitter CEO Jack Dorsey, comedian Dave Chappelle, actor Ken Jeong, rapper-actor Donald Glover and a group called Truckers for Yang, whose members saw him as the one candidate who realized they were at risk of being replaced by self-driving cars.

They’re joined by a legion of others, including Katy Kinsey, co-founder of the Sorority of Yang, who spent three months on the road as a volunteer trying to show voters that Yang’s supporters weren’t all just tech bros. She moved to New York City, then Iowa, then Nevada on her own dime to organize houses full of up to 40 volunteers. When Yang dropped out, they threw a party at their Nevada house, spread “Yang Bucks” printed with the $1,000 freedom dividend on them all over the floor, did a polar bear jump into their freezing pool, cried a lot and got back to work.

“We’ve decided we’re not going to stop just because our candidate, you know, suspended his campaign,” she says. She continued to rollerblade around polling stations, spreading the cheer of UBI and Yang’s message all the way to California, where a caravan of volunteers took a moment to camp out in Joshua Tree National Park and then switched to getting out the vote for local congressional candidates who supported UBI. They’ve started a nonprofit, called Political Labs, dedicated to promoting UBI and other Yang policies and hold Zoom calls every week (one for Political Labs and one with Humanity Forward that either Yang or Graumann joins.) Now many of their members are planning to run for office themselves.

“A lot of us have not gone back to our normal lives,” says Kinsey. “It’s a beautiful thing, to think that our volunteerism championing UBI might have helped save America. Like Andrew Yang himself has said, ‘I don’t need to win the presidency.’ We just need to get these policies passed.”

Still, his fans immediately cried “Yang 2024!” when Yang was out of the race. He stoked the fire by tweeting out a doctored Yang 2020 sign that said the same thing.

He says a friend had cut up some packaging for contact lens solution to modify the Yang 2020 sticker on her phone and he happened to be with her. “Like, if my friend hadn’t done that to my phone, was I going to tweet something in that direction?” says Yang. “It was so perfect-looking . . . I was like, ‘I’ll be happy to share that, because I think it’s really fun.’ ”

Yang says he’s not out of politics but does not know what he will run for in the future. His first move after dropping out, besides signing that CNN deal, was to start Humanity Forward, which also champions candidates who adopt UBI as a signature issue. He’d been motivated, he said, by a friend who had told him that the Swiss had to run a referendum on getting women the right to vote several times before it passed.

“And I heard that, and I was like, ‘Oh gosh, we need to be running on universal basic income yesterday so that we can eventually get it across the finish line,’ ” said Yang, who endorsed Biden after Super Tuesday, saying that he couldn’t deny the math that Biden would be the nominee. “We’re in an era when radical things can become mainstream very, very quickly.”

Just how quickly was the surprise.

When Yang provided commentary after the recent Democratic debate on CNN, he’d been socially distanced off the panel, forced to sit in a room by himself and give his opinion remotely.

It seemed a fitting metaphor for his role in the 2020 race, and now in the culture. While Trump was calling for payroll-tax relief, and Biden and Sanders were talking about their dedication to unions and arguing over health care, Yang was still out there on his own, speaking to the workers of the gig economy, who know what it’s like to feel on the edge of a financial cliff with or without a pandemic.

“We’ve been pretending that we’re in the ’70s when it hasn’t been that way for decades,” he said on the phone. Most politicians have a skewed view. They’re “not hanging out with the home health-care aide or the Uber driver, so [they] don’t know how tenuous a financial life most Americans have.”

It’s why he ran for president. Whether his name got invoked by the lawmakers putting $1,000 or more in the pockets of Americans in the crisis, he said, “I am totally indifferent to it.” The goal was always to eradicate poverty. It’s just sad, he said, that it has taken a crisis to spur action. 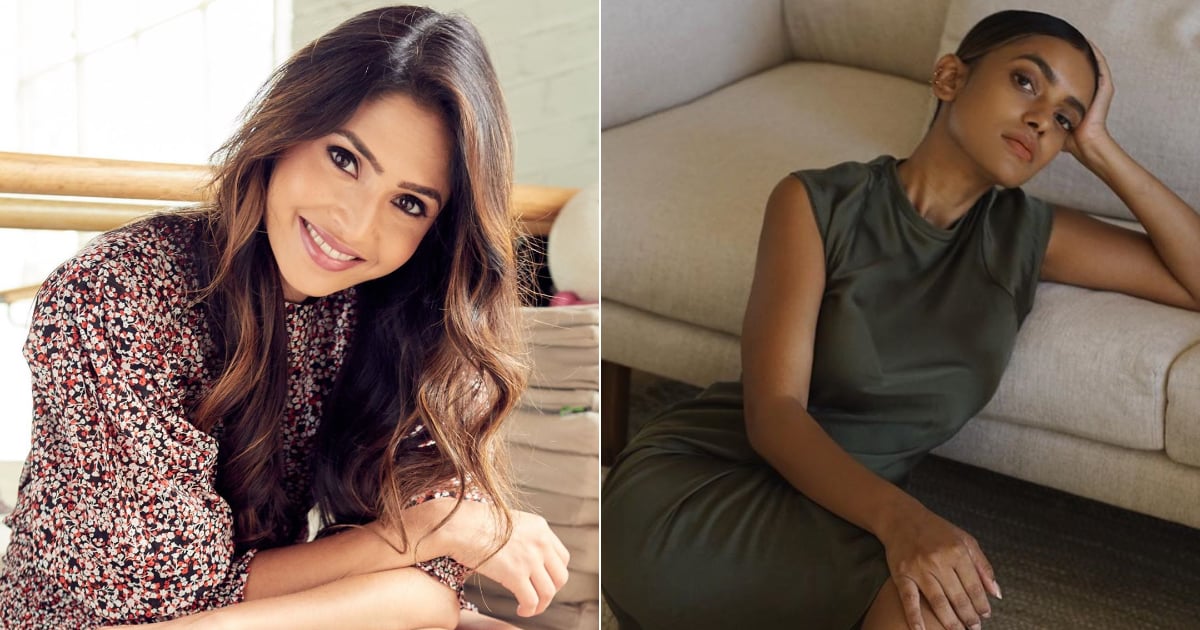 southseattleemerald.com: Longshore Union to Shut Down all West Coast Ports on Juneteenth 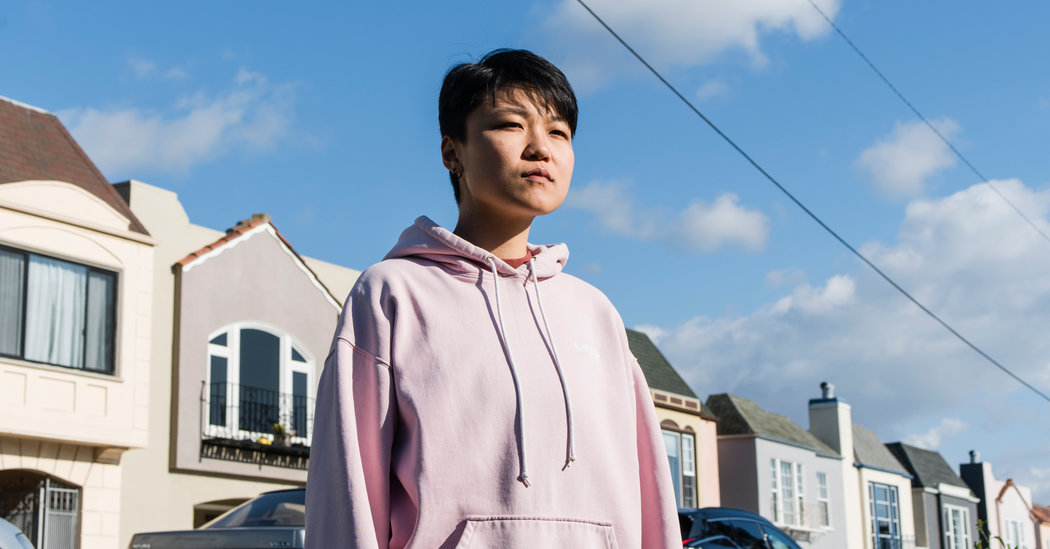 www.nytimes.com: Spit On, Yelled At, Attacked: Chinese-Americans Fear for Their Safety